The Last Great Race, I promise 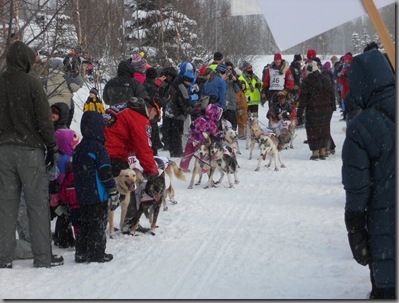 I want you all to know I missed a very important call from former Massachusetts governor Mitt Romney while I was out doing research for this post.  Mitt (I can call you Mitt, can’t I?) lamented, via answering machine, that he had missed speaking to me in person but---and that’s when I hit the delete button.  Hopefully he wasn’t calling to dump one of Anne’s Cadillacs on me and I missed out.  Ah, the presidential election season heats up in Alaska.  Or at least heats up as much as it can in our weather, which isn’t much.  I look forward to messages from Ron Paul, Rick Santorum, and Barack Obama.  There is a certain satisfaction to be found in hitting the erase/hang up button on a robocall. 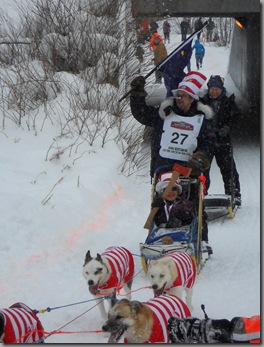 The Last Great Race (on Earth, just to be clear) is called the Iditarod.  Perhaps you’ve heard of it from those PETA folks.  If not, I can share a few facts I learned at the elementary school assembly on Friday, where second graders, dressed as patriotic sled dogs in red, white, and blue complete with dog ears and dog snoots schooled this life-long Alaskan in Iditarod facts.  (If the realization that 90% of my Iditarod facts originate from 7 and 8 year olds disturbs you, you must be a new reader. Welcome.) 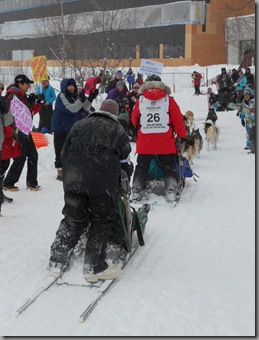 Did you know that the dog mushers in the race can’t have cell phones?  I think a collective gasp went up from the parent audience at the assembly.  (A few dazed 13 year old girls had to be carried out on stretchers.)  “But how…?”  “What if…?”  Now you realize just how serious this race is: corporate sponsorships, news teams from around the globe, a substantial $500,000 prize pot, welcoming villagers on snowmachines, and volunteers at every checkpoint.  And no cell phones. 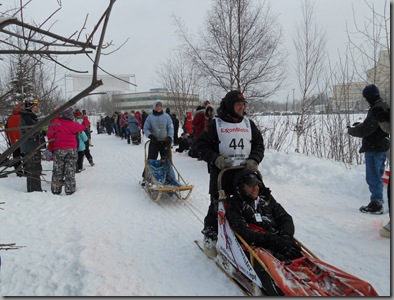 Way back when, in 1925, before robocalls, before even my grandpa was born (and he’s as old as dirt) there was an outbreak of diphtheria in a village in northwestern Alaska called Nome.  Children were dying.  [Nome is in the Bush.  I believe Australia has a Bush with a capital ‘B’ as well, but fill me in if you all have heard of any other countries/states with a Bush, Texas excluded.  I know of several Bushes there, some ex-presidents.  Bush Alaska is off the road system.  No shopping at Costo for you!  Isolated, “make do or do without” country.]  Since the village was not accessible by open pit planes or cars or trains or UPS, or even presidential hopefuls, a series of dog teams were assembled to get serum to Nome. 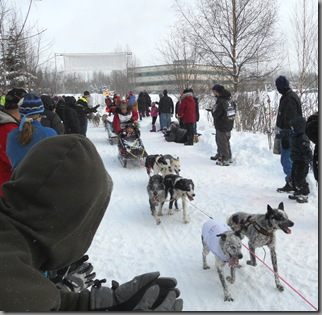 Don’t worry!  They made it and the children were saved.  I shouldn’t have kept you all in suspense like that.  (I don’t want you to go through your supply of Paxil which you will need when I post about ice fishing.)  The ceremonial start of the race is in Anchorage (the biggest village checkpoint between Willow and Nome is Unalakleet with a whopping 747 people, so to appease the sponsors/drum up new sponsors they pretend start in Alaska’s biggest village, home to about 300,000 people/40% of Alaska’s population) but the actual start is now in Willow, a quaint village about 70 miles away from Anchorage.  So the race is shorter that it used to be though not many people would call a race of about 1,000 miles (1,600 km) in winter short. 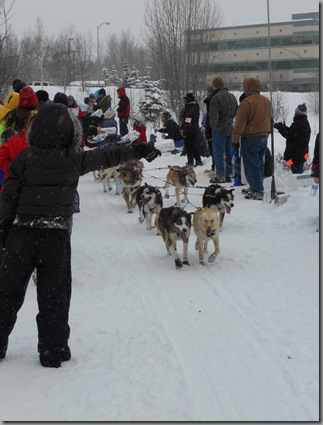 *above: volunteers ready to hand off hotdogs/water to mushers

The racers must start the Iditarod with no less than 12 and no more than 16 dogs, so said the ersatz dogs in second grade.  Unwell dogs can be “dropped” at any of the 21 checkpoints between start and finish, but once dropped cannot be added back to the team later.  Veterinarians are at the check points to see that the dogs are in good health.  The Iditarod Trail Committee has a United States Tax Code’s worth of rules and regulations about treatment of the dogs and most years pass without legions of dog deaths, maimings, or the canine version of the Sharks versus the Jets you’ll be relieved to know. 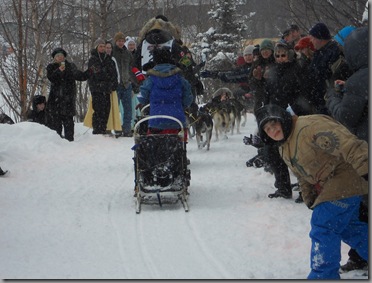 It takes two years of planning and practice to participate in the Last Great Race.  I’m not sure about the requirements for the Next To Last Good Race or the Slightly Below Average Race.  After checking out the paperwork online, I’ve determined filling out all the forms must take the mushers 1.5 years with 6 months left for training.  Slightly less involved than applying for a top university in a country where you are neither a citizen nor speak the language.  And don’t even think about starting the race without a letter from a vet and a reference from another Iditarod musher.

Every musher needs duct tape.  I did not make this up.  Legions of men across the state (nay, country) are turning to wives/mothers/sisters/any tolerant woman doubter and saying “See?! Duct tape can save your life!”  I was dismayed to note that the children never said, ”Every musher needs a blue tarp.”  This must be an oversight or poor research practices on the part of the singing and dancing child/dogs.  For shame! 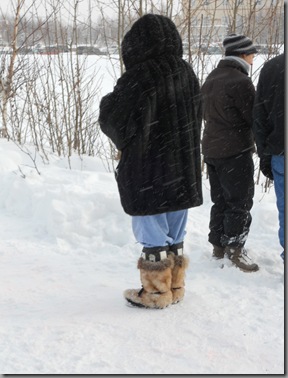 I perused an informative insert in the Anchorage Daily News, (pages B-6 and 7 for Saturday, March 3rd since I can’t find it online and don’t want to be accused more than twice in a week of improperly crediting sources) and discovered that the mushers are mostly from Alaska (52 out of 67) this year, but there was one brave soul from New Zealand, a few Canucks, several other assorted Americans, and a couple of Norwegians.  Seventeen women started.  I checked and double checked the pictures and stats to be sure.  Grooming standards in Alaska being what they are, it was difficult to determine: long hair with beard or long hair without beard became my guide.

Also, twenty eight ball caps and one bandana rounded out the photos.  Maybe they should have a little comb available during official race photo day, as is commonly done at elementary school photo day.  Just a thought. (I’m secretly rooting for the two men that wore a suit coat and tie and the two women that appear to have combed their hair.  You see what high standards I have.)

My rookie pick: a 23 year old from Fort Yukon that has been training his dogs for more than five years. A quote in the Anchorage Daily News from the young lad, “I entered the Iditarod to race my team to Nome, to finish and have healthy dogs and also to support my Native background for mushing.”  Good luck Josh Cadzow!  You’re already off to a good start with an official photo where your hair appears combed. 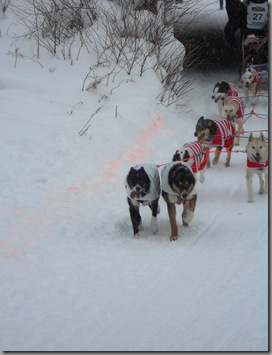 I expect you’ve learned something from the children today.  I know I have.  Hopefully, some of it is factual.  Oops, please excuse me a moment, the phone is ringing and I might have to hang up on the president.

Any races where you live? Could you survive with duct tape and no cell phone?