Oh say, can you sing that a different way?

Volunteering in school has its rewards, chief of which are hearing a room full of 7-year olds, with their hands over their hearts, sing to José in the morning. “José, can you see, by the dawnzerly light?” Somewhat further down the list of rewards in no particular order are: being sneezed on full in the face, being touched by fingers that were just in a nostril, and being kicked in the shin repeatedly.

Also, you may not know this, fellow Americans, but we do not sing the *Star-Spangled Banner. It is the “Star Sprinkled Banner”. With difficulty, I managed to choke back a laugh when I heard that phrase belted out in the classroom. (Considering 98.5% of Americans think a “spangle” is a member of Ghostbusters, this is one change that Francis Scott Key could endorse.)

But it’s not the kids I want to write about today. No, no, they are earnestly singing their little hearts out, unselfconsciously and delightfully. No, I want to offer some friendly advice for those good souls who sing our national song at sporting events.

A few tips, from the captive audience:

1. Read the music through. Knowing the words to the song really does help.

2. There are no vocal talent scouts or studio execs in the stands in Anchorage, Alaska, so proving you have a 5 octave range is unnecessary.

3. Vibrato is like wearing perfume. A very little will do.

4. Random pauses, unless one is choking (up), are just annoying. If fans have time to go for a beer and get back before the song resumes, consider taking fewer breaths.

5. Spectators pay to watch the game, so don’t go too long. (National anthem pace is more sprightly than funeral dirge pace, at least in the USA.) Some YouTube videos of the song clocked in under a minute. Let that be your guide.

(My editor/Last Frontier Garden attorney wants me to add this list is not meant to castigate any particular performer.) 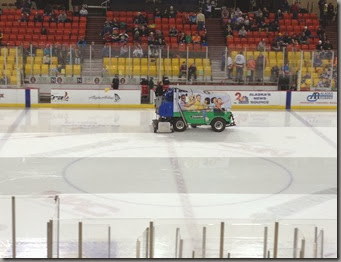 “O say can you see by the dawn's early light,
What so proudly we hailed at the twilight's last gleaming,
Whose broad stripes and bright stars through the perilous fight,
O'er the ramparts we watched, were so gallantly streaming?
And the rockets' red glare, the bombs bursting in air,
Gave proof through the night that our flag was still there;
O say does that star-spangled banner yet wave,
O'er the land of the free and the home of the brave?”

Heard any good renditions of your national anthem?