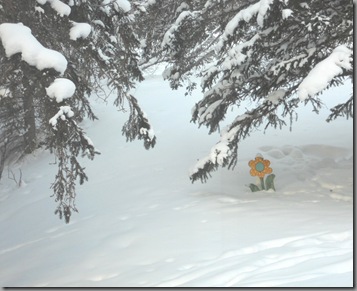 My usual reactions whilst reading the newspaper, though always thoughtful and apropos, range from a smirk, snort (of derision or laughter, your choice), eye roll, to your everyday exclamation of “we’re doomed!”  Today however, I was jolted from my repertoire of pat emotions and expressions by a shocking article in our local paper, the Anchorage Daily News.

The article, written by a Mr. Seth Borenstein of the AP, was a fascinating quarter page entitled, “Updated planting zones reflect warmer reality.”  What drew me in was the subtitle or whatever they call that thing in large font under the title, “USDA: More southerly vegetation has found north oddly hospitable.”  Now you get to choose what I found shocking.  What fun!

Choice A: Our daily paper has printed an article concerning gardening, in section A no less.  We are treated to a once-weekly garden column and, in my opinion, little other local coverage of that delightful hobby that ensnares approximately 31% of Americans.  Wait a minute, on second thought, that might be the percentage that regularly use expletives.  I’ve read 61% of persons in the USA garden, a figure that was not (I’d be willing to bet a six-pack of marigolds) gathered in Alaska.  61% of Alaskans have blue tarps but only 21% garden, according to the numbers I just made up.

Choice B: The north is termed oddly hospitable.  Why can’t we be just hospitable, why must we be odd?  A few plants do make their home here in the north country sans global warming: I can think of at least 4 offhand.  Oh, wait, never mind, that cherry tree did die after all.

Choice C: A dear man, one professor Richard Primack, said (and I must quote this in it’s entirety, too shocking) that “people who grow plants are well aware of the fact that temperatures have gotten more mild throughout the year, particularly in the wintertime (interruption by me: the temperature has been subzero almost every day of January. I am currently swaddled in blankets and a turtleneck under a thick wool sweater with ugly brown slippers to complete my indoor survival outfit.  And am still cold.  But who am I to complain, yesterday I wore my down jacket and hat in the house.  For goodness sake, prof, we’re usually in the twenties this time of year. Now back to the quote where he goes on to rub it in my face.) “There’s a lot of things you can grow now that you couldn’t grow before.” Yes, like false hopes and shattered dreams and that blasted orange Heuchera.  Whoops, not the Heuchera.  I’m waiting for that “warmer reality,” Dr. Primack.  Anytime now.

Choice D: The government actually updated the climate zones.  To give you an idea just how often this happens, the old map is from 1990.  One really terrific feature of the new map is “for the first time [it] include[s] more detailed factors such as prevailing winds, the presence of nearby bodies of water, the slope of the land, and the way cities are hotter than suburbs and rural areas.” Bravo!

Now that you’ve made your choice, I urge you to hotfoot it over to the USDA’s website and check out your zone.  I did just that and found myself to be in zone 6.  Just kidding, I only wish I was in zone 6. I’m still zone 4b. Wait, that is warmer!  Still, Alaska looks pretty cold according to the map and my current reality.  I’m waiting, Prof Primack, waiting for that “warmer reality”. Go ahead.  Anytime now.  Still waiting….


Are you enjoying a warmer reality? Oddly hospitable, perhaps?
16 comments:

Tebow vs. garden topic of some kind 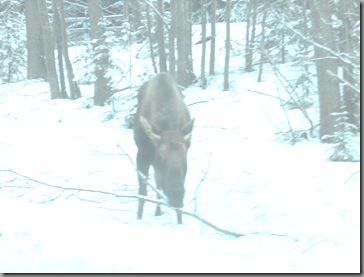 My husband suggested I write about Tebow mania.  “You’re not being helpful!” I retorted.  Moments before, fresh out of garden related topics (don’t judge me, I have no garden right now), I had unwisely turned to the other half for ideas.  I get “football, thermometer, mouse corpses,” and big surprise “write about nothing.  Like Seinfeld.”  What am I supposed to do with those ideas?  Other than increase my reputation for odd, off-topic writing.

Another, rather better idea is finally offered. “Write The Gardening Handbook for Alaskans, or was it The Kid’s Coloring Book?”  OK, you twisted my arm, here is the outline of my magnum opus in rough form:

1. your soil is poorly drained

2. the moose and bears and rabbits eat your plants

3. your growing season is short

Do you think I can retire on the proceeds of this handbook?  Though upon reflection, a 3 x 5 card would be more cost effective than a whole handbook for four tips.  In fact, school children could memorize these four simple pointers and the reality of gardening in our state would be ingrained from an early age.

“So you see, children, successful cultivation of rutabagas clearly violates principle number four and we mustn't be bitter.”

I am being counseled from across the room to include the pros with the cons lest I sound cynical.  Oh, ok, fine!

4. something will come to me, but a blank for now

What I need are two 3x5 flashcards and a couple of pages of blank paper on which to draw a few sketches of moose eating peonies or rabbits eating primulas and shazam! A handbook AND coloring book in one.  Let it not be said that the Last Frontier Gardener is out of ideas.  Anything but that.

Next week: Tebow lost out to a garden topic today, but will he win next week’s writer’s block?

How would the garden handbook from your area read?

Saying goodbye with a sniff and a whimper 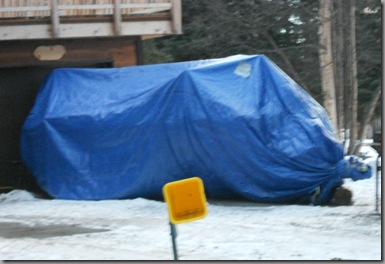 Well, I’ve reached rock bottom.  If this is all I am able to string sentences together for, if this subject before any other is the one that occupies my thoughts, this blog is doomed.  Again.  And I had such high hopes for the new year.

I have decided to discard a close companion.  You all know I’m capable of anything, but this is to be a particularly brutal departure.    The object of my (formerly tender feelings, now only) derision is my bathrobe and it’s getting donated, pronto.  Yes, just after I find a replacement, right then. Most likely.

My bathrobe and I have had some adventures together.  About 2.35 hours of quality time and uncounted heaps of squandered hours, but who’s counting?  It’s only natural that I would cast my mind back a tad and reminisce about our good times together.  Go ahead and think of any cheesy 70’s song while you read this next bit.  I’m thinking “That’s the Way (I Like It)” by K.C. and the Sunshine Band will put you in the right frame of mind, but far be it from me to deter you from the Bee Gees.

Things I have done in my pink, 100% polyester bathrobe:

1. chased a bear out of the curbside garbage bin.  I wrote about it briefly somewhere on this blog.  Don’t worry, I was waving a broken golf club and hurling cheap garden ornaments, so I was totally protected.  The neighbors put API (Alaska Psychiatric Institute) and APD (Anchorage Police Department) on speed dial, just in case.

2. taken my daily walk.  Now, now: on a treadmill (admit it, I had you thinking I was strolling around pre-dressed in public).  Sometimes in my slippers or socks sans shoes.  And working up a sweat is no problem with the belt cinched tight.  It’s like a sauna without all the steam and naked people.

3. staggered to the shower after giving birth to a 9 pound toddler-sized baby.  Of course I didn’t feel strong enough to walk just then, but who can say no to those strict labor and delivery nurses?  When they strongly suggest you should shower, you don’t murmur “no, I’d rather sleep for 2 years, preferably heavily sedated followed by six months in a luxury spa,” you answer “yes, ma’am, right away.”  If I’m ever involved in some sort of battle, say against Mel Gibson in blue face paint, I’d want a dozen of them on my side.

4. eaten my breakfast.  And occasionally spilled a bit of it on “pinkie”, too.  Don’t tell me you don’t drop crumbs on your lap!  And please don’t tell mother I almost never put my napkin in my lap for breakfast (gasp!).  I enjoy living on the edge sometimes.

5. opened Christmas presents.  After watching the compulsory home movie afterwards, I determined that the camera’s 10 pounds and the bathrobe’s 10 pounds landed right on my midsection with a sliver diverted upwards as a second chin.  No more bathrobes during filming.

Upon further reflection, I have decided no one gets to film me under any circumstances short of breaking some sort of Evel Knievel world record or winning a gold medal for Indispensable Contributions to Gardeners Everywhere.  If Santa and I can come up with the door-to-door sales repelling plant, that should do it.  Though banishing blue tarps from Alaska (nay, the world) would be a close contender.  I’d start with the one in the above picture, which must bring tears to the hearts of all who see it.  On a daily basis.  Whether they want to or not.  Presto, brown tarp!

I haven’t yet decided on a replacement.  Silk? Cotton? They even make down robes these days, presumable for we dwellers of arctic regions. I do feel a natural fiber is in order this time, after encasing myself in something made in a vat for years.  It needs to be soft, slimming, light as air, and have a long belt, for security.  Sprints to the rubbish bin happen rather unexpectedly and we can’t be exposing ourselves to the neighbors now can we?

Is your bathrobe polyester? Fit to be seen in public?