Saying goodbye to my garden of ten years

Be sure you have your tissues handy, I intend to force feelings of fervency, dish dollops of dispossession, and insult the intellect.  Surely I do that last one every time I post.  Let it be known then, that my family and I are moving.  And, just like the afterlife, the rumors are true.  We can’t take the it (the garden) with us. 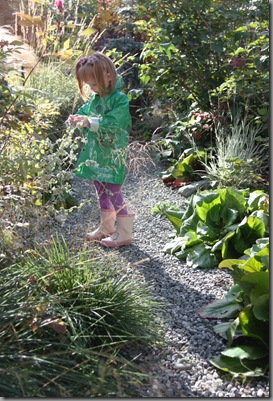 Lest I be accused of inciting a riot on the streets of the garden blogosphere, I assure you all I will still be posting about the wacky, unique, and challenging topics concerning gardening (and living) in Alaska.  Though we haven’t actually chosen a new house yet, we plan on moving close by our current abode.  I tell people who ask me whether we’ve found a place to go, “We’re planning on moving into a tent in your backyard.”  My surliness is getting the better of me.

It’s official: we’re out on November 9th.  Now the sensible gardener would have lifted and transplanted all favorites to an obliging friend’s garden for safe keeping before the temperature outside plunged to a balmy 40 Fahrenheit.  Never one to shy away from new frontiers in poor planning, the LFG rammed all her treasures into two holding beds and a smallish finished compost pile and put some very legal-sounding mumbo jumbo about “coming back in the spring for the designated garden goodies” into the sale contract. 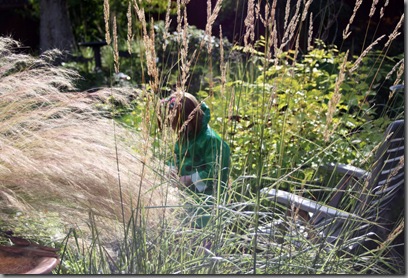 I don’t want to come back.  I want a clean break like ripping a bandage off in one quick swipe.  I love this garden but I don’t want to see it ever again.  I feel like it’s at it’s peak now and couldn’t bear to see it decline.  How’s that for thinking positive? 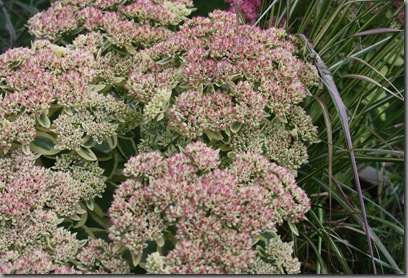 Ten years of pondering the garden’s layout.  Ten years of digging, deeply.  (Or at least as far as the combination of silt and construction backfill will allow.)  Ten years of anticipation in spring, appreciation in summer, and fond adieus in autumn.  Ten years of study and planning during the long winter months.

Lots of sweat, some blood (adventures with sharp Felcos), and tears (hammers involved).  To say nothing of the money…oh, I can’t keep quiet about that!  Lots of money no doubt better spend elsewhere.  Preferably on something I could take with me when I move.  I’ll have to take the altruistic point of view and think of the joy and beauty it provides my neighborhood.  It’ll have to do. 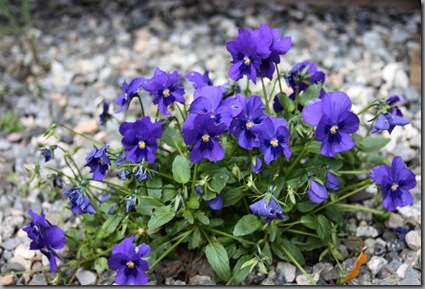 I guess that means I have about two weeks to pack.  Not to mention the idea of living out of plastic bins and rubber tubs for the next two months.  I hate moving….

Ever moved?  Left a garden you loved/loathed?

I really wish we had more of this…

Every area has it’s indigenous garden themes, whether they be fabulous, frightening, or faux pas.  Surely I’m not the only gardener to lament, “If only we had more ______.”  You fill in the blank. 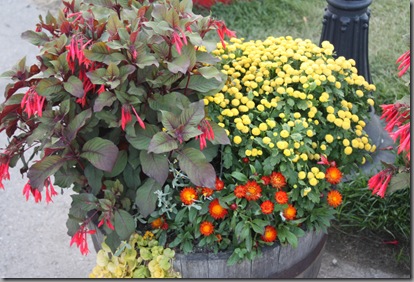 For us in the far, far, far north, I would fill in that blank with (take your choice): style, gardens, gardeners, summer, hardy specimen trees, or heat.  You have to say the sentence with a really wistful voice and then add a sigh at the end.  Try it, it’s fun.  (I thought of a dozen more alternatives, but have exercised uncharacteristic restraint here.) 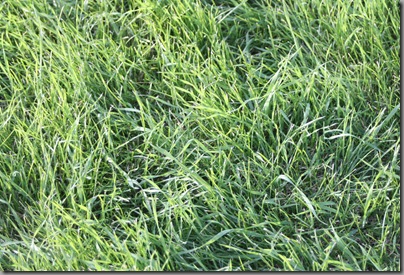 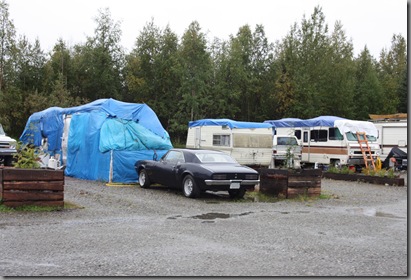 And the alternative is even more fun to ponder, or outrageous, depending on your temperament or eyesight.  Tell me you’re not filling in the next sentence for your city as you read it.  “If only we had fewer ______.”  I would submit for your review: blue tarps (above picture), junk vehicles (wow, the above fits OK for this, too), yellow- flowering Potentillas, large, gluttonous, plant-eating ungulates, weeds, or turf grass (see above picture).  Yes, those are all things found in some gardens here.  Residents, and those who have visited my state, can back me up on this.  I love Alaska, but every place has its warts, no?

So what does your area need more of?  Less of?  Please share!

Don’t worry, this is another fluff piece.  I’ve been around the gardening block a few times, but thankfully I still get pleasantly surprised by a plant here, a concept there.  You can only be cynical about so many things in life before it becomes a bit toxic.  So imagine my glee when I read about “Gardening Withdrawal Syndrome.”  I can thank our dear and charming President…no not him!  I mean Jane B., of the Anchorage chapter of the Alaska Master Gardeners for this nugget of info. 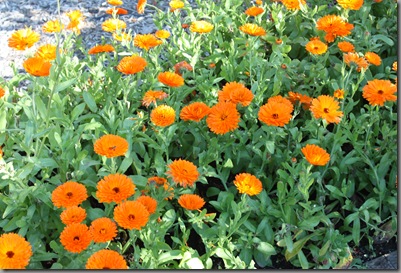 She warned via email one of the symptoms of this malady is the old “rage against the dying of the light” approach for climates that have a winter dormancy period.  For her, onset begins when she takes cuttings of many perennials and annuals and attempts to winter them over by rooting them in water in the garage.  So what if you lose half of them to rot, she says, you still have a bunch more ready and waiting for next spring. 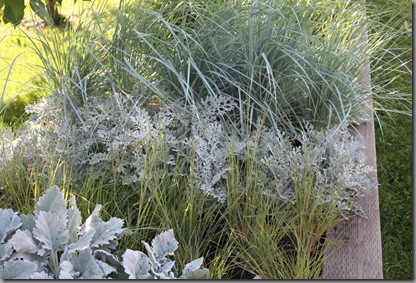 Maybe I’ve seen too many TV dramas, but aren’t withdrawal syndromes characterized by shakes or seizure of some kind?  Or is it vomiting and frothing at the mouth?  I’ll count shivering through winter as shakes, if you don’t mind.  My Gardening Withdrawal Syndrome symptoms are not as useful, productive, or as thrifty as Jane’s.  Yes, I know, another big surprise for the readership.  I’ll rank them, as I seem to be on a list fetish lately.

1. Looking out the window…a lot and with an accompanying frown.  “Yup, the snow is still there” or “Look, the moose ate the trees again.”

2. Reading and rereading nursery mail order catalogs.  Morphine for those amidst a long winter’s gardening hiatus.

3. Ordering plants I don’t need, aren’t hardy, and/or are unaffordable.  If they are located across the country with an absurdly high shipping charge, so much the better.

I realize the symptoms will vary from individual to individual.  But I’m wondering if they also vary by geography, country, gardening zone, etc.  I can just barely fathom there are those unaffected by this syndrome, such as those that garden in a very mild climate.  Or maybe they just have lots of hobbies….

Are you having symptoms of GWS?

Plant of the Month: September 2010

The containers have been hauled away, the garden art removed, and the tools duct-taped and trucked off.  If the prospect of moving had been a mere germ of an idea, tucked safely away in the back of my mind (under the rug in a spare room there), having a garden empty of ornamentation and tools has made me think seriously about it.  Well, as seriously as the Last Frontier Gardener thinks about gardening and moving, which sadly isn’t very. 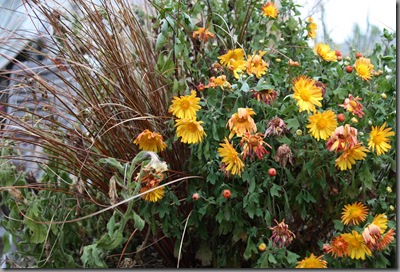 With this new minimalist palette sans junk (see photo below for a visual of a bit of the junk packed off) I have, choosing a favorite for month number 9 should be simpler than usual.  No more being influenced by my favorite garden decor in the vicinity.  Scrolling through months past here, here, and here, I notice almost all of my choices for “favorite” are in the immediate vicinity of the rusty salmon.  Rather than think I’m shallow enough to be swayed by fish made of an old bathtub,  I’ll just content myself with thinking all my favorites have been repeated throughout the backyard therefore I can’t help but choose one near the three groups of fish.  There, that sounds better. 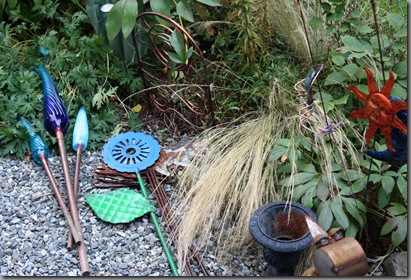 Now that my conscience is assuaged, I can finally get to the point: the most useful plant for September in my garden.  For those further south (which is pretty much everybody, right?), September is sometimes known affectionately as “early winter” here in Alaska.  The plant palette is, how shall I put this…subdued.  Many plants touted to transform into bright reds or oranges freeze just as they are showing their beautiful color, become brown, and hang in the tree or shrub until the gale force fall winds take them.  And perennials, don’t get me started on “selections for autumn”.  Sedums do all right.  The salvias and veronicas are iffy.  I kill Asters by the score (including the orange one in my first photo), so don’t even think of recommending one to me.  If I had a dollar for every time I’ve planted ‘Alma Potschke’, I’d be able to bankroll a political candidate.  (No, not really, but I can’t help but have politics on the brain.  Every news website has ads for them, every street has signs for them, and every radio station projects their voices.  Thank heavens for democracy and the ol’ republic and all, but I am so sick of the political ads!  Some wise soul remarked they’d rather be governed by 300 people randomly chosen from the phone book, than by the choices we have now.  Amen brother!)

OK, now I am really getting to the point after a lengthy ramble.  For those that stuck it out, my choice for September is Alopecurus pratensis ‘Variegatus’, or golden foxtail grass.  And just to be difficult, you can also find this one under ‘Aureovariegatus’ or ‘Aureus’.  Locally this grass is unusual, so check the Alaska Botanical Garden nursery first: it’s where I got mine, as divisions of display garden specimens.  No one else wanted them, if you can believe it.  Or check out Fritz Creek Nursery in Homer, which does mail order in Alaska. 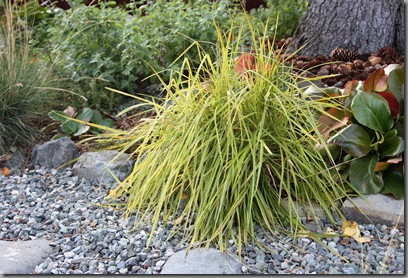 What: a cool-season grass, one of the first perennials to show it’s face in spring, mostly clumping and not invasive/cheeky/seeding around for me 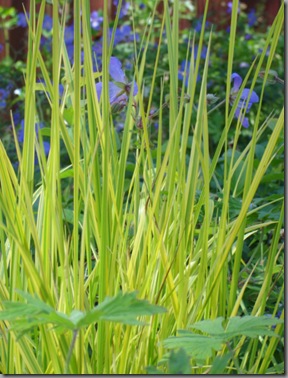 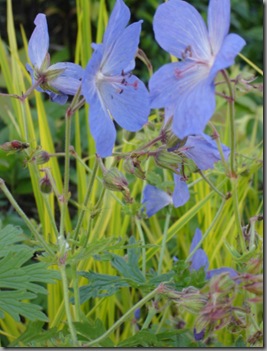 When: early spring emergence almost electric chartreuse, yellowish (in sun) in summer, yellow to dull yellow/green in autumn, under snow in winter so no clue as to winter performance other than it survives zone 3/4

2. as with other grasses, the contrast of linear leaf shape with the bigger leaves of other perennials/shrubbery is a textural delight (no flowers necessary);

3. low maintenance (I do remove the inflorescences as they are rather sparse), no bugs, staking, or fertilizing necessary at my garden

4. looks good in a mass or by itself 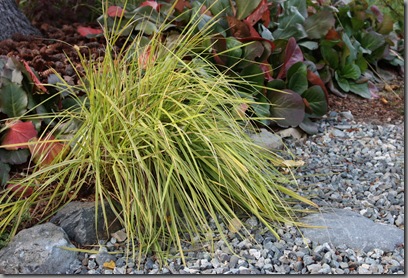 And an autumnal boost for those of you that stayed with me: it’s 46 degrees Fahrenheit in my back yard right now.  Makes you feel better, doesn’t it?  (Except you poor lot in Fairbanks and beyond…so sorry.)

Any favorites for the month of September?  Any political ads driving you up the wall?