A May update, Alaska style 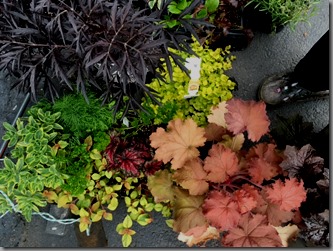 The snow is gone, the moose are giving birth (and charging people who get too close to mom/baby), the pollen and dust are in the air: must be summer. A note to new visitors, we Alaskans call summer the season when the snow is gone, whether it’s technically summer or not. 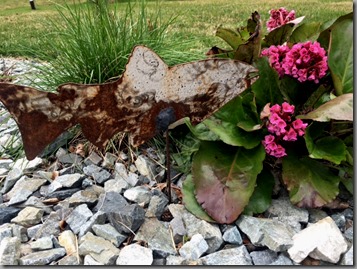 This year looks to be a doozy with dry, cold, windy weather. But I won’t complain because:
1. the species tulips are blooming
2. the planted trees are breaking wood (the native birches are ahead of the garden game and leafing out now)
3. I have removed approximately 1/2 of the billion spruce cones littered around the yard. Yay for progress. I have a particular spruce tree I dump them all under as a sort of funky ground cover. My children have been recruited for many years now to fill a bucket with cones from the lawn every spring and dump it in their special place. Some years I pay.
4. The deck has been re-stained and will be ready for pots of plants and the old teak furniture set as soon as it is dry. I keep having to go over it “one more time” with the espresso colored stain every year. It beats the awful orange color and cheap look it used to have. Now it looks terrific (from a distance) and we don’t have to contemplate a new deck quite as soon as we thought.
5. I haven’t had to mow the lawn yet. 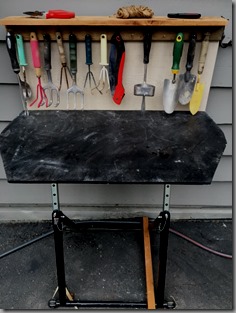 6. Being without a potting table for 8 years has been a trial. But no longer, court adjourned! My table is nothing grand, but it does the trick. It has the admirable characteristic of showing off just how many rusty garden hand tools I own. Too many. Where did they all come from? Now I can pot up those cute little things growing in the gravel walkway: a fern, a few Elymus magellanicus, and a Penstemon pinifolius. 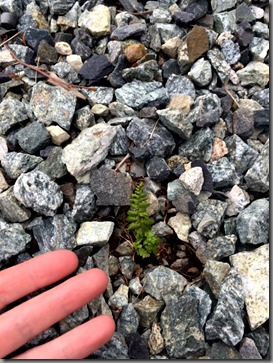 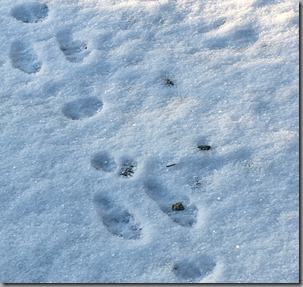 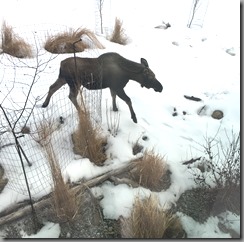 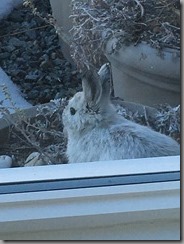 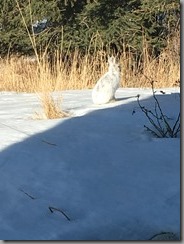 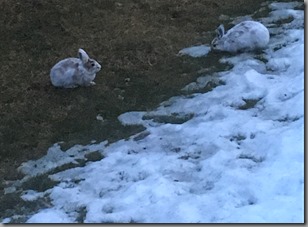 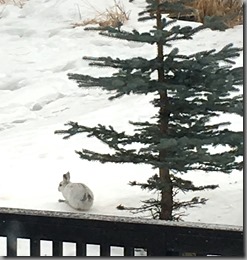 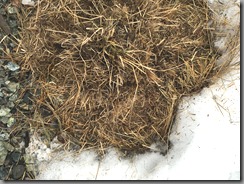 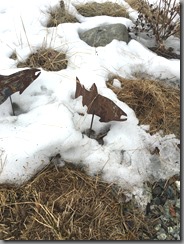 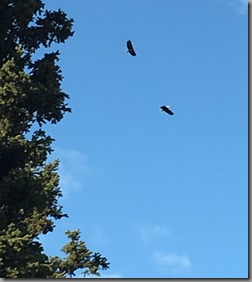