Apocalypse now…or at least by November 9 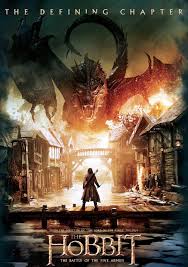 Last Frontier Gardener checking in here. The kids are all telling me that the country won’t last beyond the next election. Mayhem, violence, government overthrow, you name it. I’m also reading about my fellow Americans’ opinions on our descent into doom, deviancy, and destruction. People across the land shaking their heads, clicking their tongues, and stocking up the pantry and/or gun cabinet.

Poor America, having to choose between Candidate Baggage and Candidate More Baggage. Or is it Candidate No Way and Candidate No How? But, I reassure myself, every country has its troubles, right? Right?? I don’t remember feeling quite this despondent about voting before, my thought processes running thus, “that one I’d just have to wince and hold my nose and check the box, the other one I’d gag and maybe throw up a little in my mouth.”

Perhaps a write-in campaign is in order. I’ve heard/read that, too. But whom to pencil in? I say it doesn’t matter, it couldn’t be worse than what we already have (cough, Congress, cough). You all know I love lists, so here is my top ten list to give comfort to those who fear this election may result in The End of America.

1. …because they both can’t win. We only have to have one of them as president.

2. …because we don’t have to feel bad for the loser. Speaking fees and book offers will no doubt cushion the blow, and righteous indignation will be theirs forever.

3. …because Alaska, at least, is probably safe from any looting/armed takeovers, despite high population of impulsive/reckless persons (according to my made-up statistics, 63.4% of Alaska’s population is made up of hotheads). It’s too cold out for that nonsense. It was icy and about 25F today. Stay home and watch World War Z in your flannel pajamas instead, ok?

4. …so we can all enjoy the sound of silence; the robocalls will stop. Praise the Lord.

5. …because we are a forgetful people when it comes to politics. Or maybe it’s pragmatic, or apathetic. Whatever! We will all be able to enjoy Thanksgiving on November 24, without Grandma creaming Uncle Joe with the gravy boat or Cousin Right Wing spearing Cousin Left Wing with the turkey fork. At least for reasons related to which bubble on the ballot to shade. Long-standing family vendettas and grudges, rage on!

6. …because I’m told The End will be ushered in by 4 Horseman. If we can but keep Newt Gingrich off a horse, I think we’re safe.

7. …because I predict amazon.com, in cooperation with Homeland Security, will have a big online promo November 9 to keep everyone distracted.

8. …because I still haven’t seen the last Hobbit movie. I refuse to participate in an Apocalypse until I know what happens to Bilbo.

9. …because we owe too much money to China. They are never gonna let us get away with some phony-baloney bankruptcy due to civil war.

10. …because it’ll be a Wednesday. Everyone knows The End will come on a Monday, it’s the worst day of the week.

Don’t worry, my fellow Americans. It’ll all be over soon (or is that, it’ll all be over in four years when we have to do this again?). As for the rest of you lucky readers in other countries, enjoy a Trump-less, Clinton-less November.

What are you looking forward to after Election Day?