Jerry Springer in the garden!

For those blog newbies (such as myself) out there, collaborations and shared topic days are pretty common amongst garden bloggers.  Recently, I ran across one idea that sounded too good to pass up. 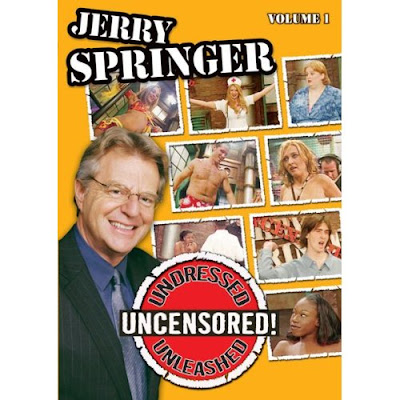 Cover from the DVD collection ( I kid you not, there is such a thing!).  Buy it here, if you must.
"Garden oops moments", or GOOPS, as they are known from originator Joene's Garden, are posts containing a full disclosure of garden mistakes, Jerry Springer style, sans beat downs, screaming, and DNA reports. "You did WHAT in your garden?? You little fool...." OK, maybe I'm exaggerating a wee bit, but it should be fun nonetheless. My only problem is where to start. I don't want to overwhelm, so I'll just start with one.
My first choice must be the acquisition of creeping buttercup, Rununculus repens, about seven years ago.  I don't know quite how I came to have the beastie, pictured below, but one day I looked up as I was weeding and there it was, prostrate with gold-yellow flowers.  If I could hop in my time-travelling Delorean with Michael J. Fox, I would have pulled the darn thing out.  Alas, I spared the unknown (at the time) plant and continued on my way. 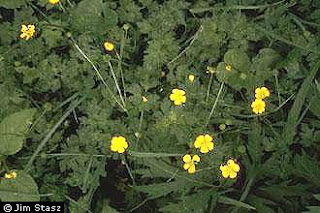 The dreaded (in my yard) R. repens, Jim Stasz USDA-NRCS PLANTS Database
Apparently, I don't weed nearly as often as I should because the next time I spied the creeper, it had done just that and claimed some more gardening real estate.  "I'm not sure that's a weed," I said as I walked by intent on some other task.  Famous last words.
The third year started out innocently enough.  But dark forces were at work in the shade garden.  I had plans for an overhaul so I decided to scope things out and make an inventory.  Holy weeds, Batman!  Creeping buttercup was everywhere.  I took immediate action.  Unfortunately, the plant had tenacious roots.  Silty soil didn't help, either.  I finished the last of the overhaul in summer of 2009.  I am still, after four or five years, pulling the occasional plant out. 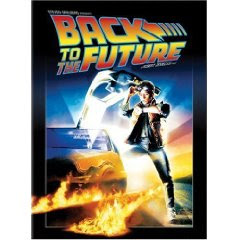 Wishing I could do this with so many weeds. (seen the movie?)
Conclusion: I now give unknown plants a much shorter time to prove they are not a weed.  About two months sounds right.  Now if I can just be true to that rule....  If you are having a chuckle at my expense, how long do you give your mystery plants to prove themselves "not a weed"?